How do those advertising spots for “TVTimes” and all the other ITV commercials appear on the screen with such split-second precision? Each of the programme companies has its own refinements to make sure that an advertisement is screened precisely on time, but each method is basically the same, and for the sake of simplicity this article by BILL EVANS describes the routine used by one company, Associated TeleVision.

THE first thing John Terry, ATV’s Head of Presentation, showed me was a Routine Sheet. “You could say this is our daily ‘Bible,’” he said, thumbing a 10-page foolscap-size document in which the entire programme timings, plus ad spots for the day, were typed.

“It’s prepared from a ‘spot list’ which we receive from Sales Department nine days before transmission.”

This “sheet” was for one of ATV’s Saturday transmissions in London.

A glance told me there would be a Wyatt Earp episode from 19.30 hours — half-past seven in viewers’ language — to 19.42.30 hours. Then a caption would appear for four seconds to announce the “end of part one” and precisely at 19.42.34 a 30-second spot for Guinness would be screened, followed by a 15-second Penguin spot and another 15 seconds for Shell.

I also learned from the sheet that the Guinness and Penguin spots would be on 35 mm. film with sound-track, while the Shell spot was on slides with an announcer’s voice supplying the sound.

Complicated as it seemed, that routine accounted for one minute in the whole day’s screen time.

In the film library at Television House there’s a stock of 6,000 “commercials,” including duplicates — an important item where ad spots are repeated at different times of day — and about 3½ million feet of programme film.

Operations Film Manager Tom Carpenter told me that seven days ahead the library assembles in large wooden bays all the separate pieces of film that a day’s routine demands.

“From here they’re wheeled on a trolley to the splicing room next door,” explained Mr. Terry. We entered a smaller room in which Tom Rowland was joining ad spots and programme features into one large reel.

Each reel is checked in the theatre at Television House, then taken to ATV’s control centre at Foley Street, in the West End.

“The ‘spots’ reach viewers’ screens from here by means of four telecine machines,” explained Peter Fowler, one of the two telecine supervisors.

Each is linked to the Control Room where the controller, sitting behind a bank of several monitor screens, can line-up everything in the day’s programmes into one steady sequence — like a traffic policeman controlling a junction of busy streets.

“When it’s time for the ‘commercials’,” said Mr. Fowler, “we have the telecine machine standing by. We know it will take five seconds to run up to full speed, so exactly five seconds before it is booked to appear the controller gives us the order ‘Roll’.”

And the ad spot appears on viewers’ screens precisely as the “routine sheet” commanded. 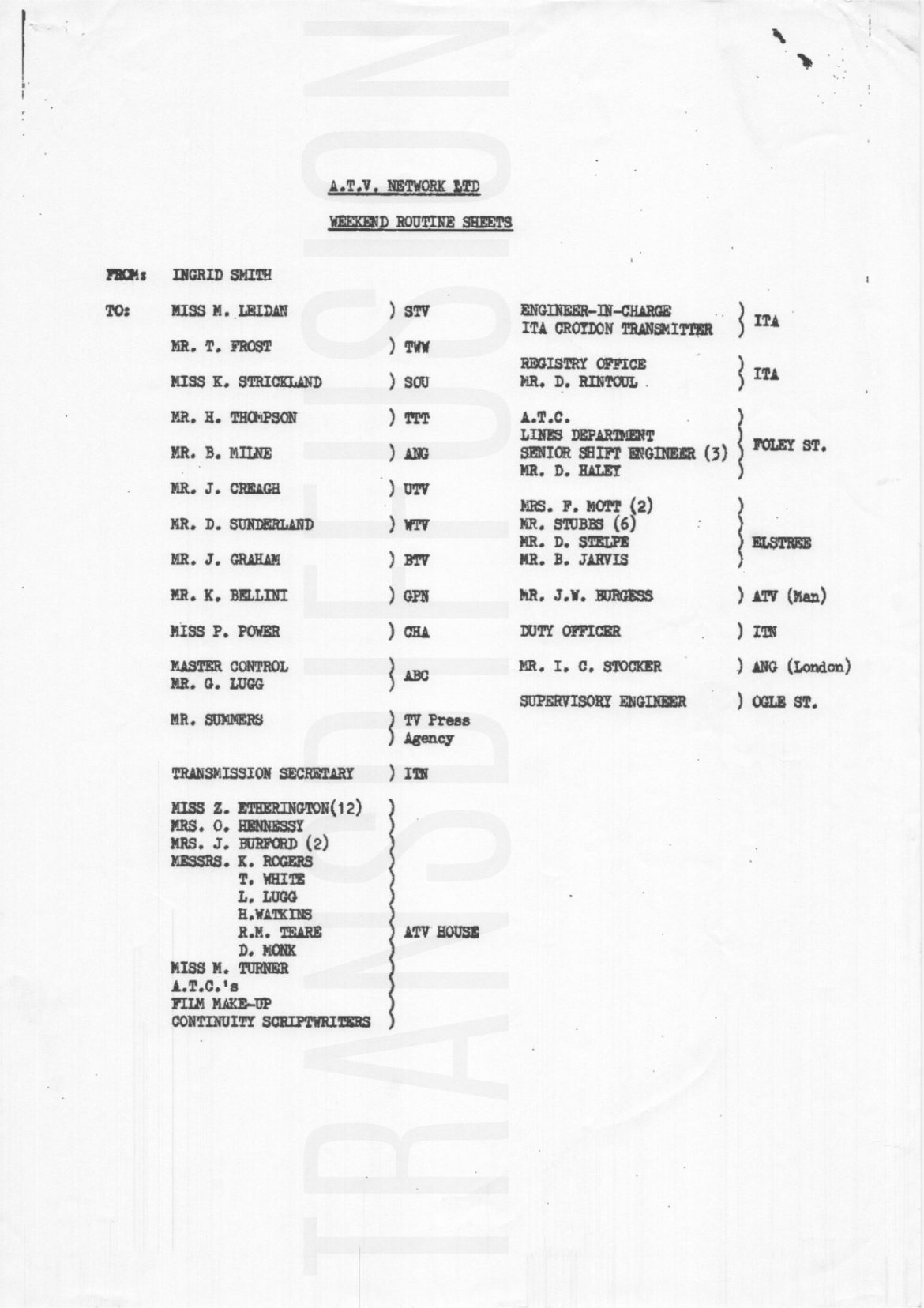 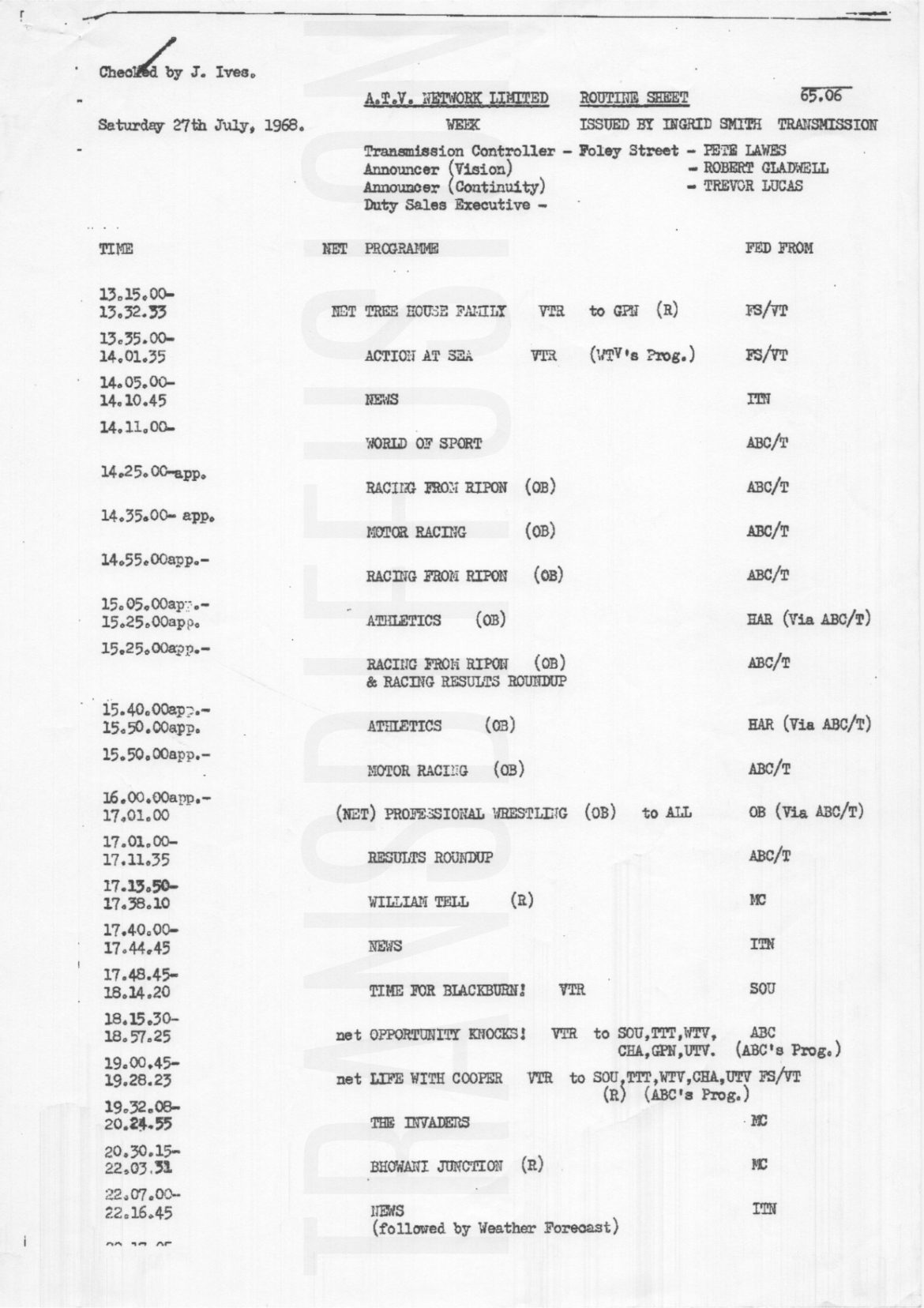 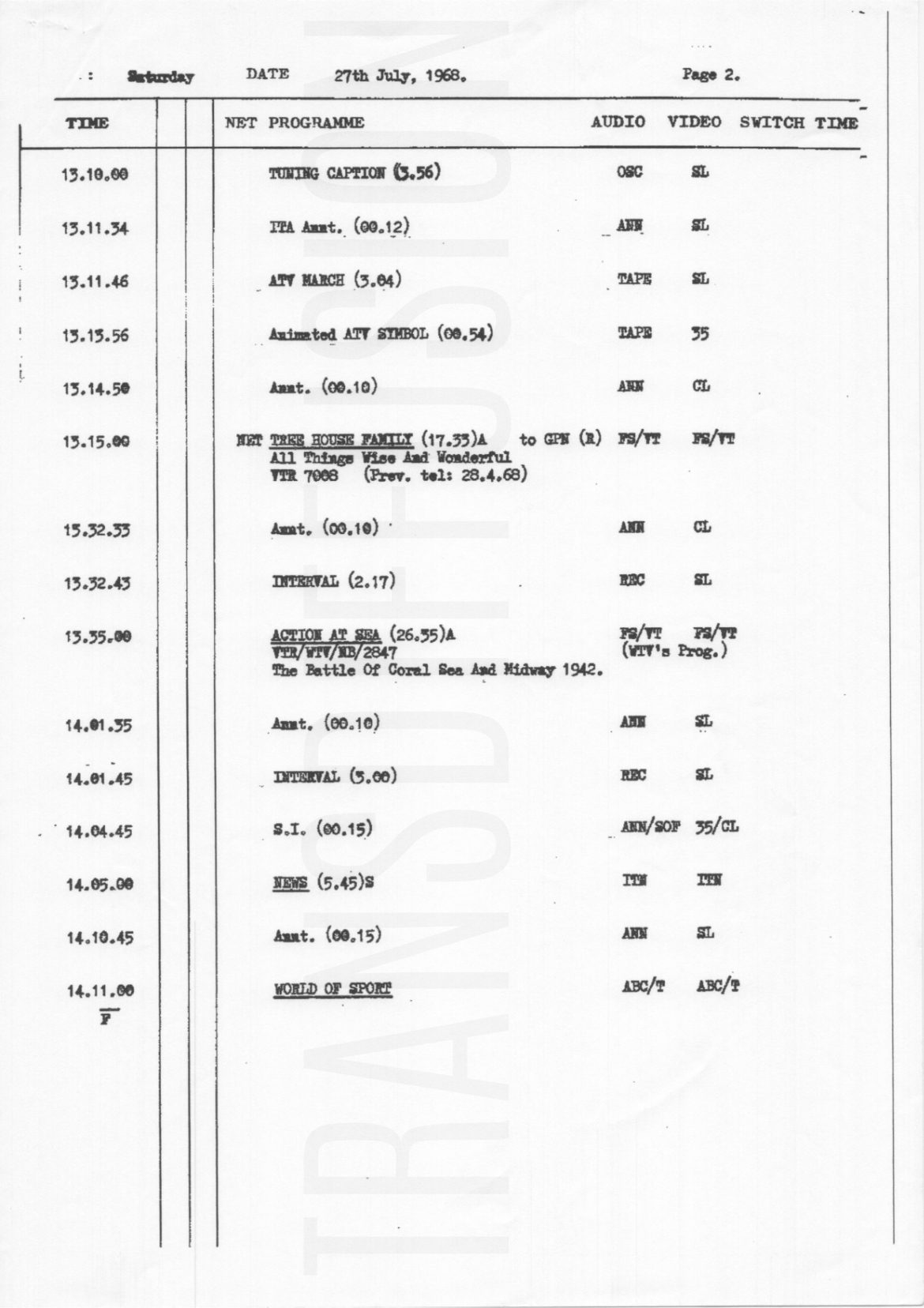 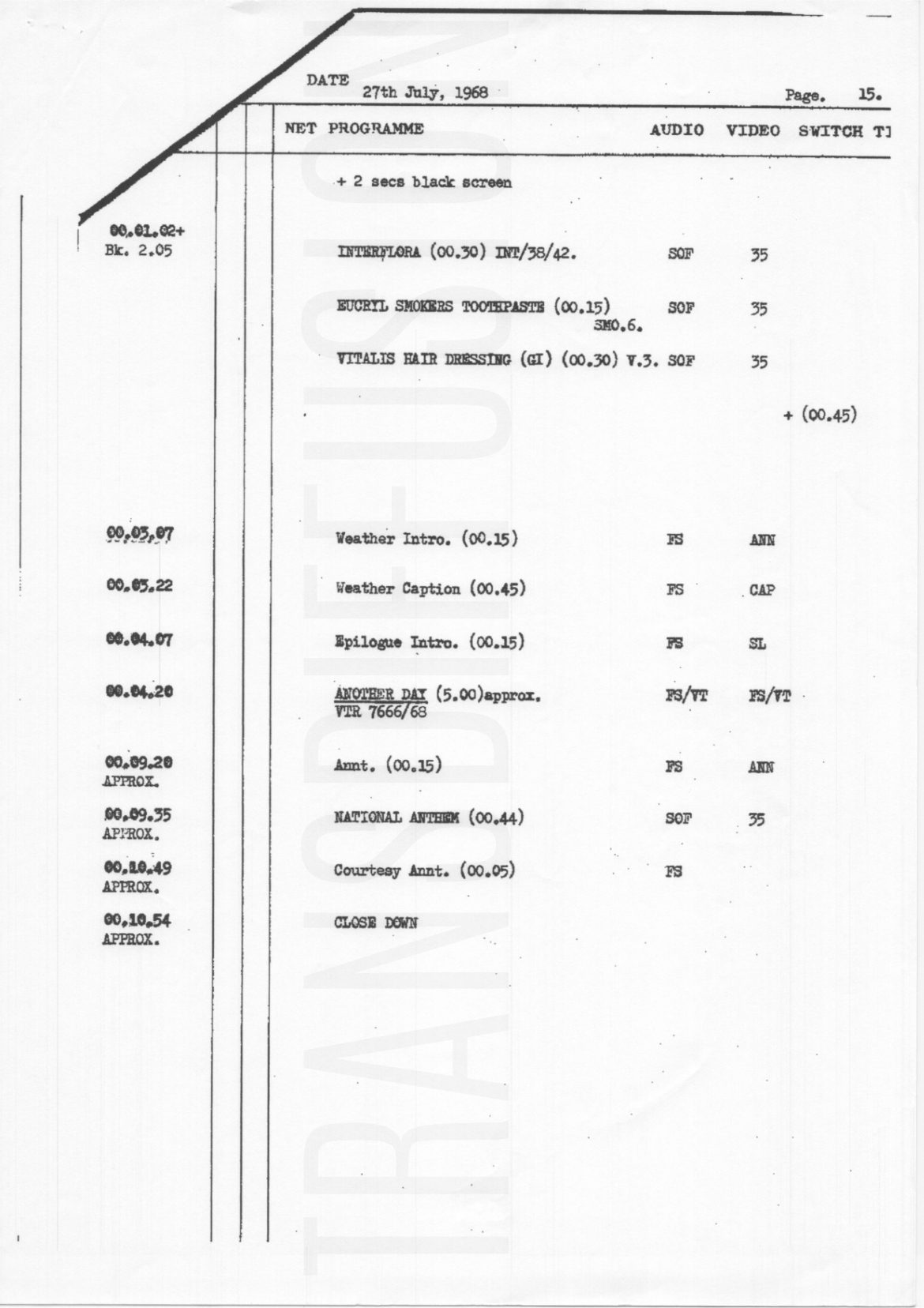 Bill Evans was a journalist at the TVTimes