Nearly six years ago a young South African girl named Tessa Diamond was working as a continuity script-writer for ATV. For some time she had been ‘nursing’ an idea for a series of programmes on hospital life. At last, she took the plunge, put her idea on paper and submitted it to ATV’s programme planners. They were impressed and decided to produce a series of six programmes.

So began Emergency — Ward 10 — and the series has been running continuously (except for a break brought about by the Equity dispute) ever since. Last May it reached its 500th performance.

No one in those early days could have foreseen the tremendous popularity that this series would achieve.

Tessa Diamond has written many of the scripts for the series, and today a team of writers work on the programmes. During the six years that have elapsed since the first Ward 10 story went on the air, writers, producers and artistes have changed. But the series retains its high viewing figures. The first programme, in February 1957, was watched by a million viewers. Today, the figure is 16½ million.

Emergency — Ward 10 has always paid close attention to detail, and although its primary aim is to entertain, it can—indeed has—helped to bring to the public’s attention the importance of certain real-life medical services, such as immunisation against polio, the importance of blood donors, cancer research, and preventative measures against road accidents and accidents in the home. These are services for which the programmes have received praise from the medical profession and from religious bodies.

John Cooper, the present producer, is the series’ fourth since 1957. Cooper is particularly anxious that details of the programme’s story-lines should not become known in advance of each episode’s transmission. Cooper believes that advance knowledge of the plot kills the true-to-life illusion. ‘We like to believe,’ he says, ‘that what you watch is actually happening in Ward 10 at the time you see it.’

Despite this authentic air of spontaneity, tremendous preparation goes into each episode of Emergency — Ward 10. An episode is born at a script conference attended by all the writers. Today the writing team includes Diana Morgan, Robert Holmes and Rachel Grieve. Also at the conference is Cooper, his production assistant, Carol Williams, and the series’ medical advisers. Within a few days the first draft scripts are in the producer’s hands and the medical advisers check them for authenticity. Then the artistes are brought in for rehearsals.

The first rehearsal takes place in one of the spacious rehearsal rooms at ATV’s Studio Centre at Boreham Wood, Hertfordshire. All the artistes connected with the episode are called and they ‘walk-through’ with the producer using only the barest of props—perhaps a table, chair, a telephone, sometimes a bed. After perhaps two days of this kind of rehearsal the whole company move into the studio.

By now, scripts will have been distributed to all the other studio departments. The sets will be well under construction, the props section will be providing the necessary dressing for the sets, wardrobe will be arranging costumes and make-up will be standing by. The technical departments, such as lighting, sound and cameras, will be lining up their equipment.

The producer now takes his artistes through the scenes in the exact settings of the actual transmission. On the day of the performance the artistes are made-up and appear in full costume for the final dress rehearsal. Cameras and sound have been rehearsing steadily, co-ordinating their movements under the producer’s instruction. Now all is ready for the programme itself.

For the artistes the pace is hot. Learning two scripts a week, rehearsals and more rehearsals take up most of every day of the week, leaving few opportunities for spare time activities.

But to say that they enjoy their work would be an under-statement. A visitor to a Ward 10 rehearsal is certain to find high spirits. Not that the cast do not take their work seriously—they certainly do. But there is the ever present good humour that is reflected on the screen in the happy atmosphere of Oxbridge Hospital.

It is not only the artistes who are serious in their approach to the programme. The public, too, are sometimes carried away by the authenticity of the series. Frequently telephone calls are received from members of the public who wish to discuss their ailments with Mr. Dawson or Dr. Anderson.

RELATED  It's the Muppet Show...

How do the artistes feel about their respective roles?

Charles Tingwell says: ‘I have always admired people who are deeply engrossed in their jobs, particularly men with a sense of vocation — as in medicine or the church. So I enjoy playing Alan Dawson and trying to get inside the character to act and think as I believe he would.’

‘Playing Nurse Carole Young has affected me in several ways,’ says Jill Browne. ‘Sometimes I wonder who I really am. Whenever I hear anybody say “Carole,” I respond automatically — even when they are not talking to me.’

This is the measure of how her two personalities have become entwined. In fact, she would seem to have three personalities — her own, the trained actress and the character of Nurse Young!

Desmond Carrington, too, has found his private life becoming involved with his role of Dr. Chris Anderson. ‘When Barbara Clegg had to leave the series,’ he says, ‘the scriptwriters decided that Barbara — who played my wife in Ward 10 — would be drowned in a flood. I received so many letters of consolation from viewers after this episode had taken place, that I really began to think that I had had a bereavement.’ 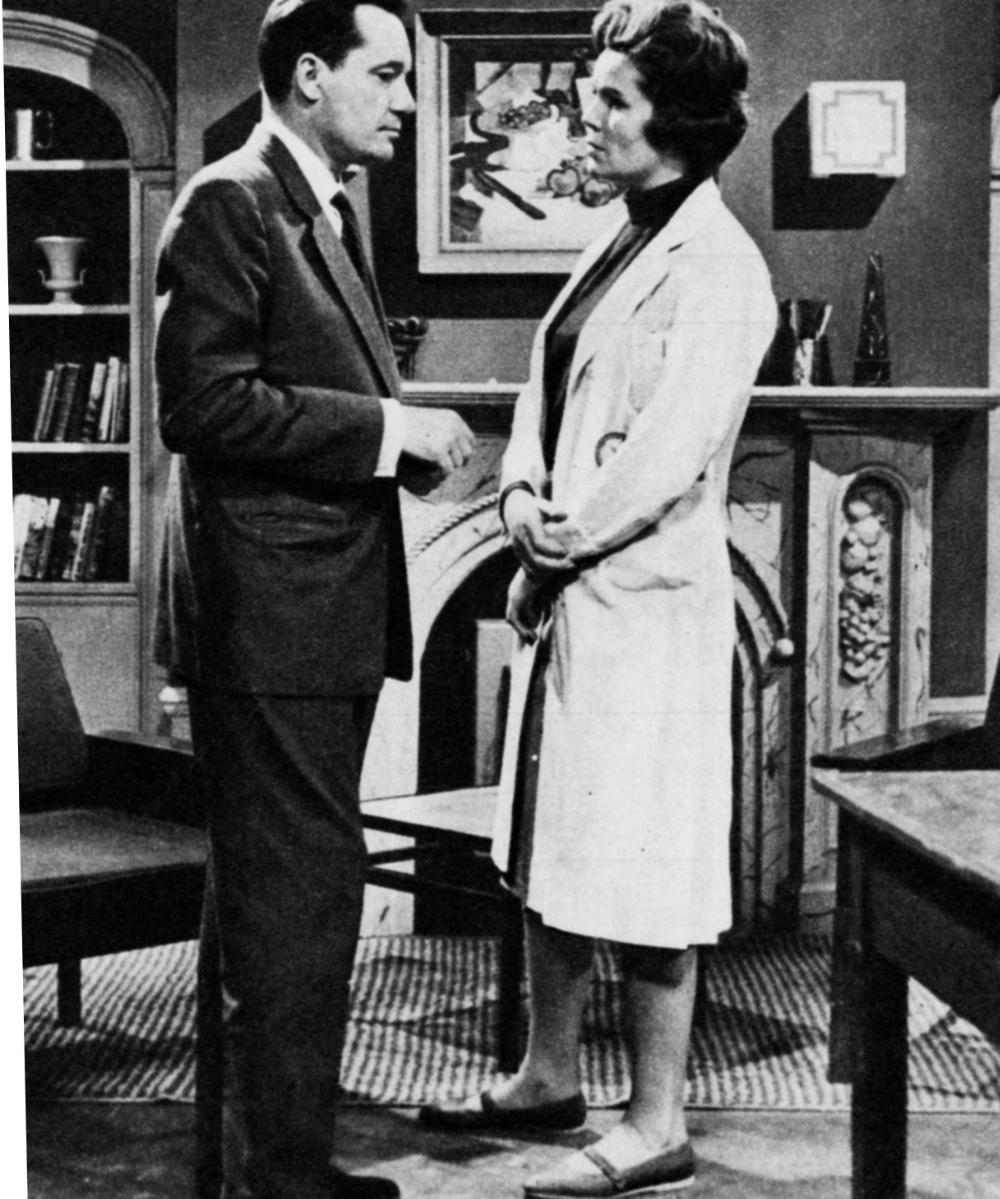 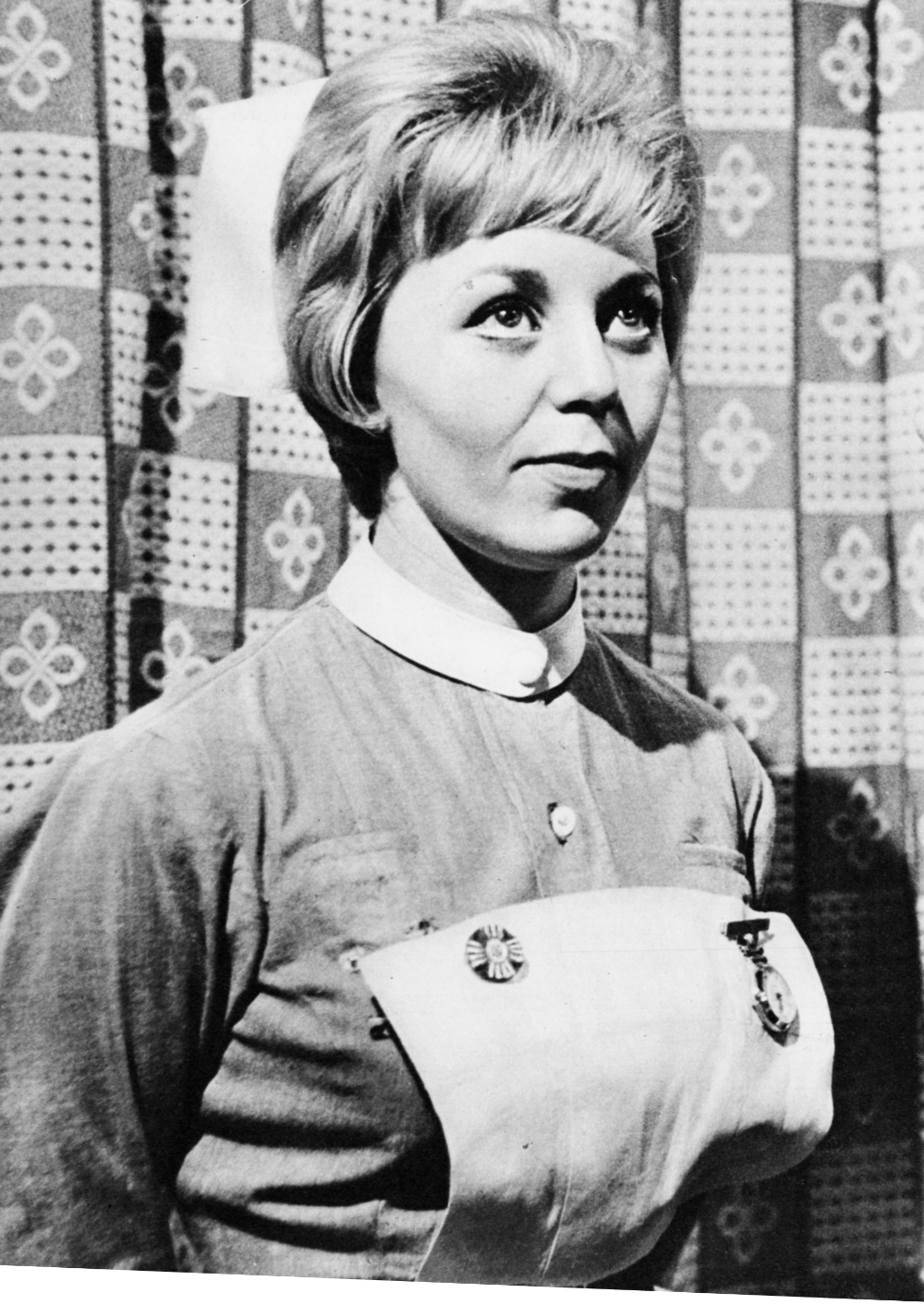 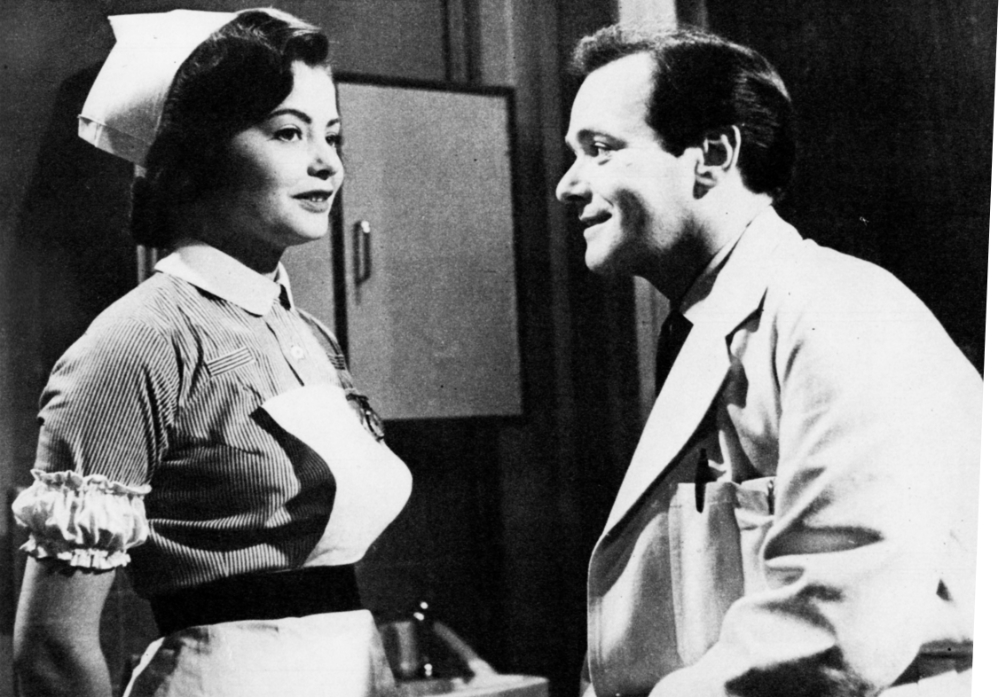 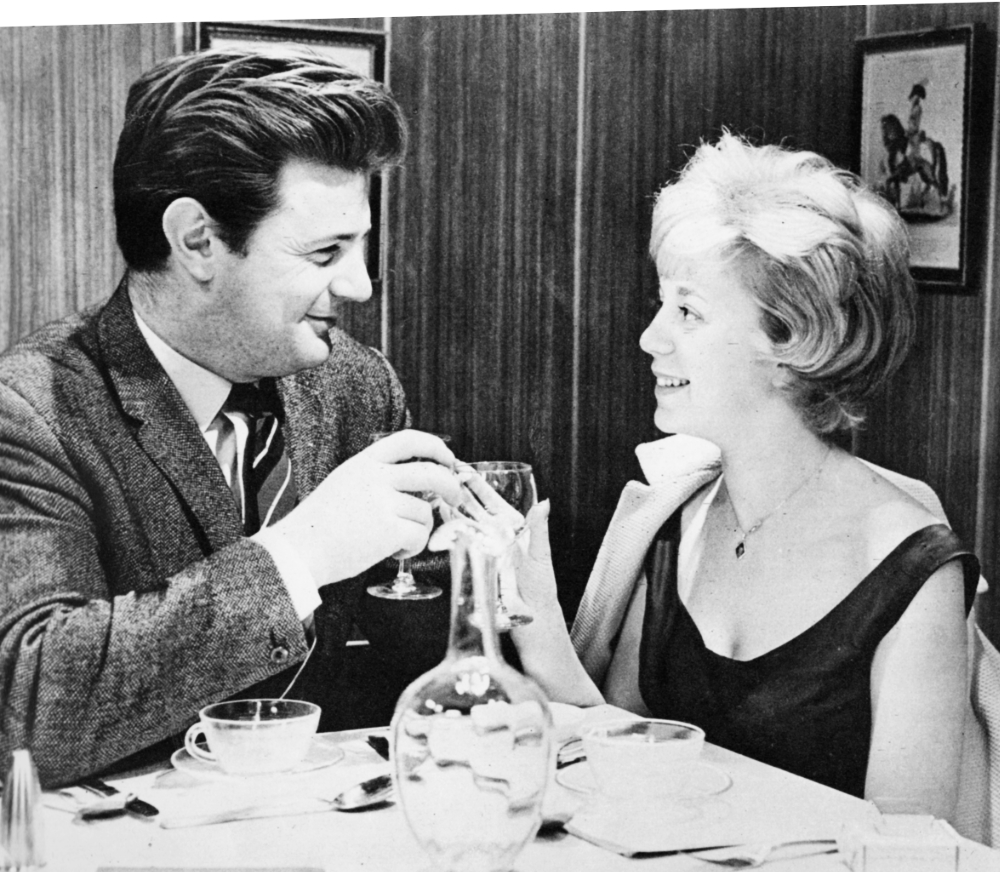 Such examples show how ‘real’ to viewers Emergency — Ward 10 has become. The series has successfully combined first-class entertainment with helpful and informative information about everyday hospital life. It has also helped to eliminate the dread many people have of entering hospital. Could this, in fact, be the secret of its staggering success?