Noele Gordon learns to fly for an ATV Midlands series

It all began when Noele Gordon and Philip Dorté, ATV’s Midland Controller, were having dinner one evening. “How would you like to learn to fly?” asked Philip Dorté.

Less than an hour later, both were at the headquarters of the Warwickshire Aero Club at Birmingham Airport, Elmdon. Before the evening was over, Noele Gordon had enrolled as a pupil pilot.

But this was a flying course with a difference. It was to be televised for Midlands viewers under the title Noele Gordon Takes the Air.

Within a few weeks, the series was on the air. Since the middle of September, viewers have watched Noele’s steady progress. By the time the series ends in November, she hopes to have flown solo after only eight hours in the air.

I went to see Noele on one of her training flights on a dull day, with rain drizzling down at intervals — not the best of weather for a gruelling session which included spins, circuits and stalls.

Noele’s teachers — chief flying instructor Arthur Penzer and club secretary Neville Birch — are confident that she will emerge as a first-class pilot.

“She is adaptable and easy to teach,” said Penzer. “On her first flight, she taxied the aircraft on and off the runway.”

According to Neville Birch, an hour’s flying is the equivalent of four hours hard work. Pupils need so much concentration that after an hour they have little energy left.

“For this series, however, Noele virtually has to work twice as hard,” Birch admitted. “Her aircraft is being filmed throughout all her flights, and quite often manoeuvres have to be repeated for the camera—there is always another aircraft on her tail carrying the cameraman and producer. Those aren’t the easiest conditions for learning to fly.” 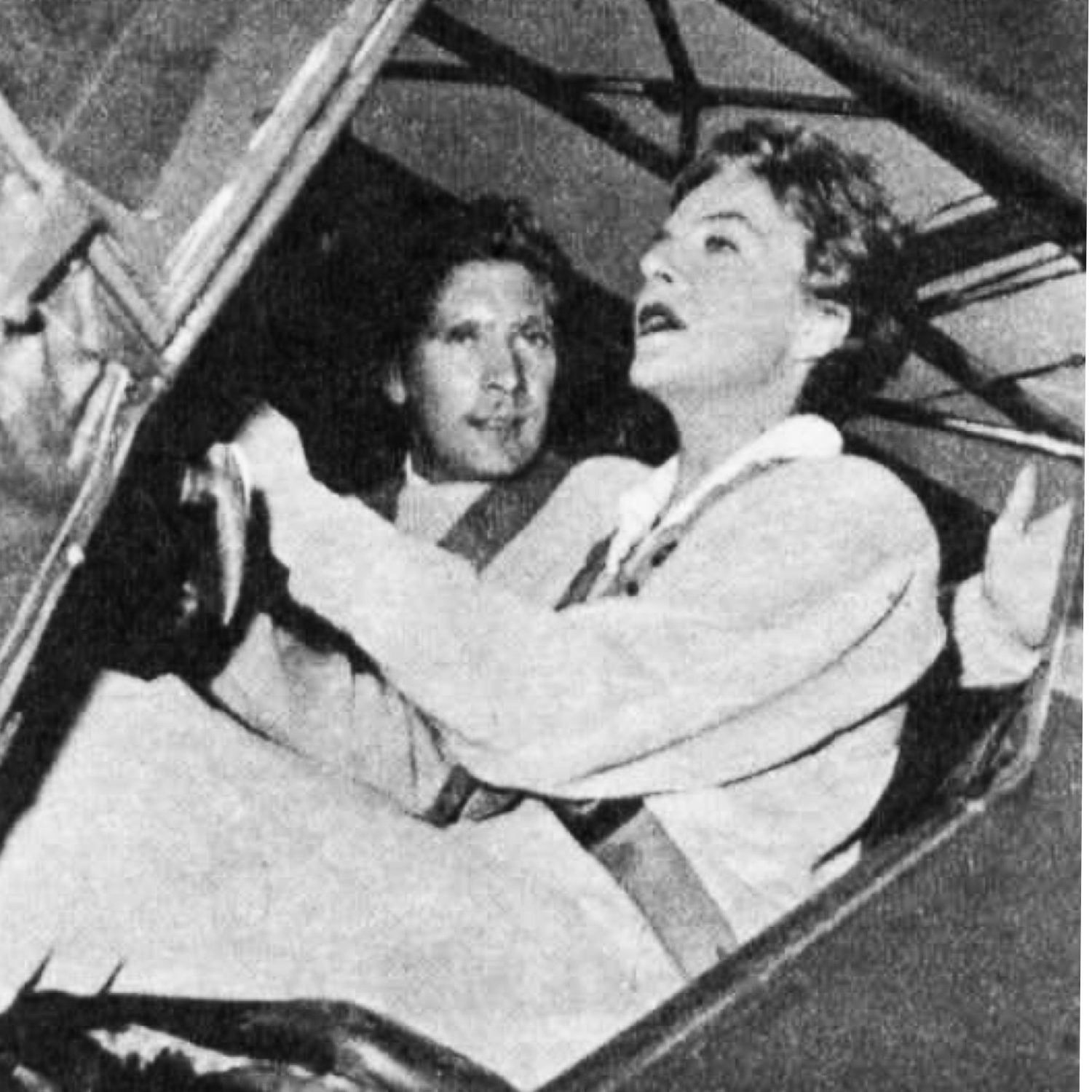 How to take off… with Noele at the controls, Penzer instructing 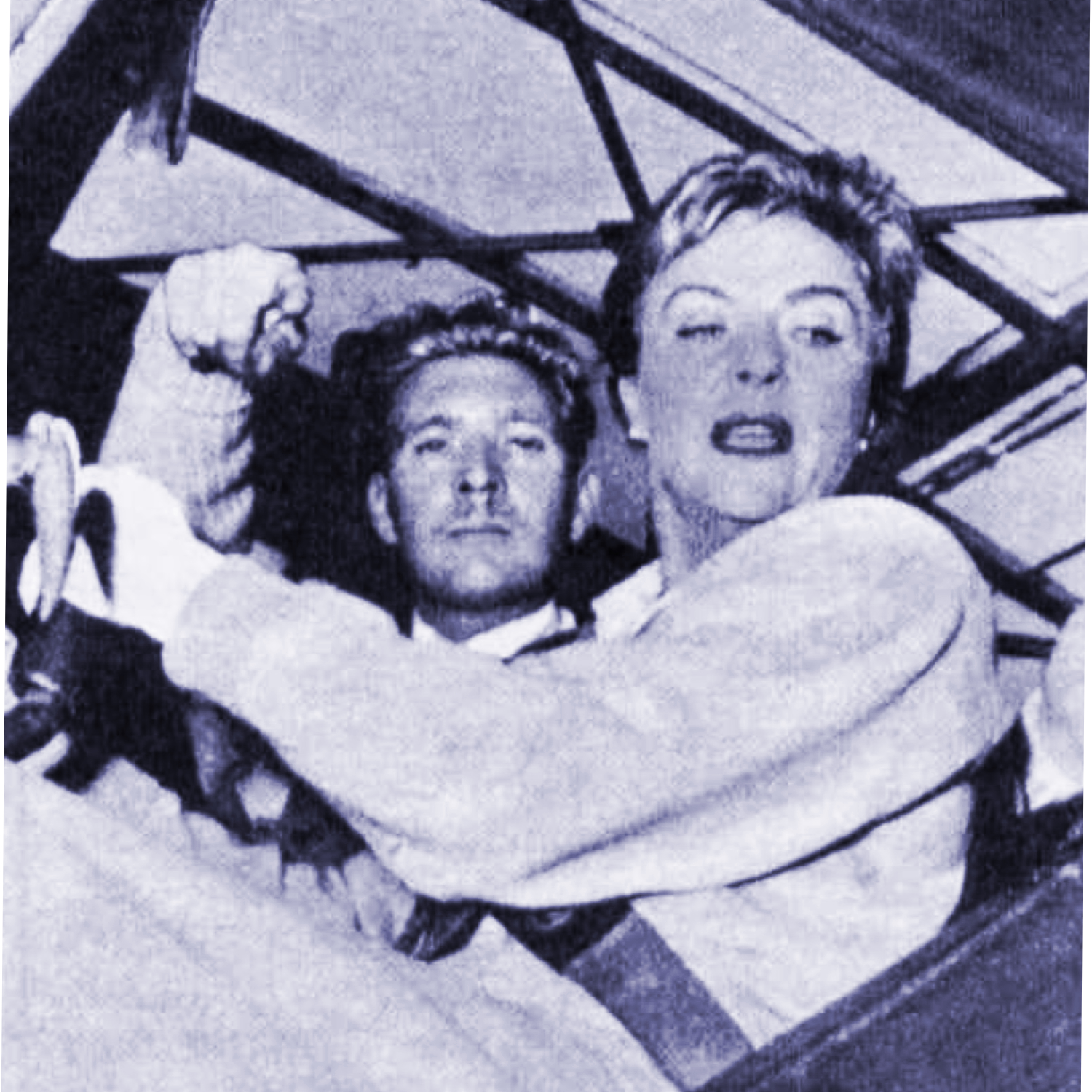 A fascinated Noele looks down. That, says Penzer, is Birmingham 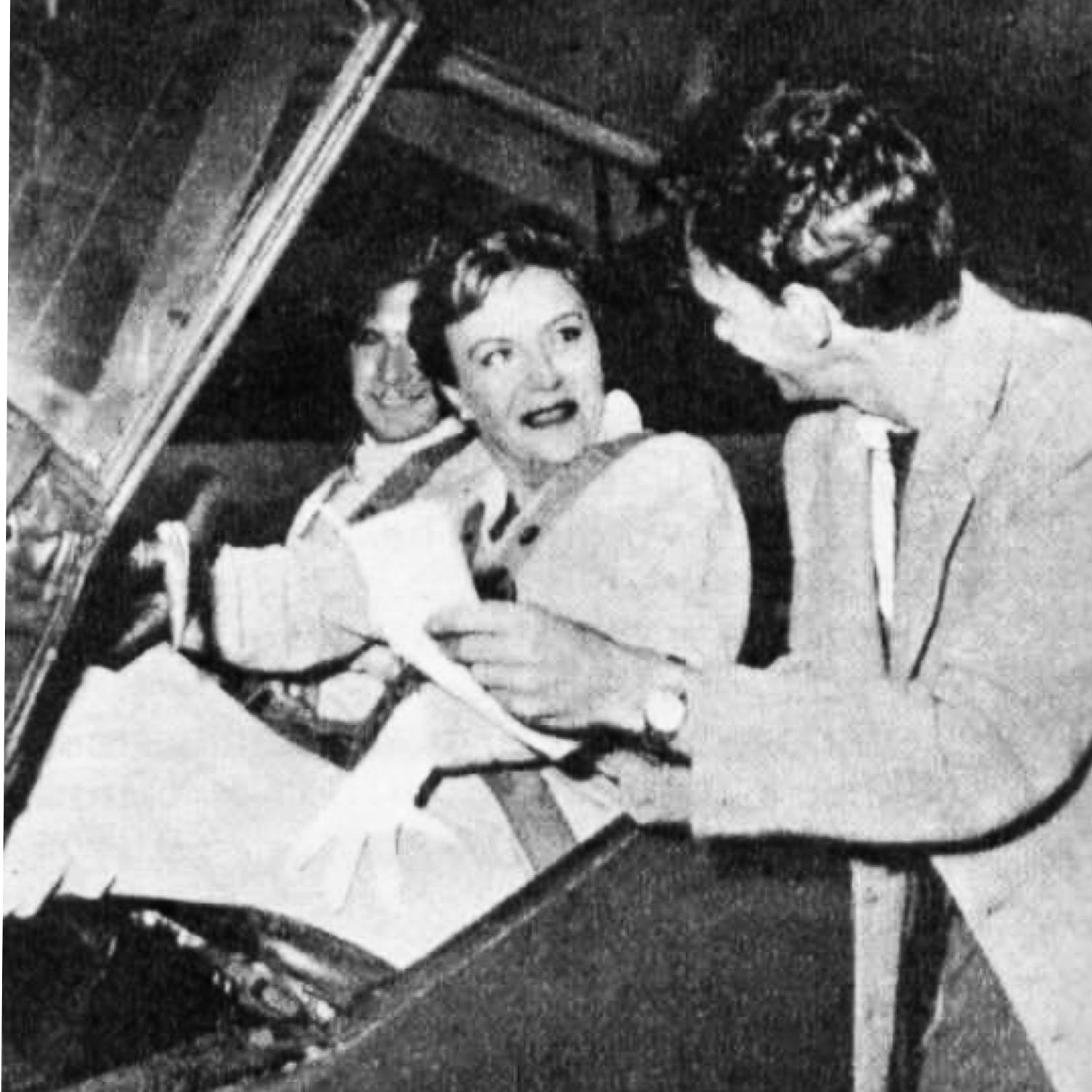 Reg Watson, who is producing the series, said: “Viewers at home, watching the finished product, probably don’t realise the amount of work involved in putting this series over. It isn’t just a case of filming the whole of Noele’s lesson. We have to re-film parts of it, and get special shots for the opening of the programme.”

Editing the film is a big job. Then there is the studio work, which calls for long rehearsals every Tuesday. “We manage to get our own back on Neville and Arthur every Tuesday night,” Watson said with a smile. “At the airport they teach us to fly, but in the studio we teach them about television.”

I talked to Noele as she stepped out of the pink-and-grey Auster which she had just taxied to the club headquarters. She looked confident.

“I’ve always nursed a secret ambition to fly,” she told me. “I think it’s good for all of us to learn something different occasionally, and flying is something that’s within reach of everybody.”

Penzer and Birch told me that it takes from eight to 10 hours to learn to fly solo, but getting a pilot’s licence means flying a total of 40 hours. Before she can fly solo, Noele will have become proficient in take-offs, climbing and descending turns, stalls and circuit procedure. All navigation has to be done in a pupil’s spare time.

Will Noele carry on flying to get her pilot’s licence?

“I’d love to,” she admitted. “But it’s all a question of finding the time.” 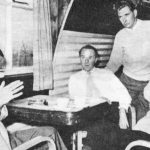 Producer Watson explains what he wants on the next flight to Birch, Penzer, Noele 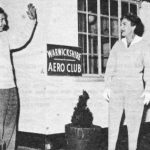 Writer for the TVTimes