Professional wrestling – always a winner on World of Sport – provides a ringside setting for a new Sunday comedy series called The Losers. What sort of people are the real grunt and grapple merchants? Billy Stock is a mini-cab driver who doubles – even trebles – as a wrestler, including appearing as The Hulk.

CLOSE YOUR EYES and you could be anywhere. Open them and you are in Dreamland. Margate, that is.

And lurking somewhere in this town on this cold autumn evening, is The Hulk.

Scraps of paper blow through the Dreamland fairground and come to rest by a kiosk advertising a “Cavalcade of Carnage”. Now that’s a likely Hulk hideaway. But there’s no Hulk. Incredible. Is there anything more empty than an out-of-season fairground? Is that the wind, or just the echoes of summer screams and laughter?

When I asked Jackie Pallo Snr. —  “Mr. TV” Pallo with the wrestling son Jackie Pallo Jnr. — who now promotes wrestling fixtures, to introduce me to a wrestler who would talk about the sporting, showbiz life, he suggested The Hulk. “Been around a long time. Seen it all and done it all.” I could have talked to The Wild Man of Borneo, but Pallo said The Hulk would prove the best bet as he had a couple of dates coming up. Hence Margate.

The confrontation came in The Summerland Room. There was smoke coming from The Hulk. He was puffing a pipe and looked friendly. “I’ve just been having a meal,” said The Hulk. “Beefburger.” The amiable Billy Stock, from Crystal Palace, South London, is The Hulk. At 16 stone and 5ft. 5in. Billy is a young-looking 45. “Yeah, I’m lucky. No grey hairs. Maybe that’s wrestling. I haven’t been The Hulk long. It was Jackie’s idea and if it really catches on I’ll get some green gear, all torn. That’s what Hulks wear, isn’t it?

“I’ve had lots of different names. Basically I’m very round. I’ve been The Angry Bubble Car, The Little Boy With the Big Heart, and even Billy Two Dinners…

“All I ask,” says Billy, “is that you don’t knock this business. We’re here to entertain. We work hard at it. You get a lot of knockers and it doesn’t help anyone. There’s a lot of nice people in this game.”

By day Billy Stock is a mini-cab driver. “Drive anywhere. You want to go to Scotland, we’ll go to Scotland. Nights in the ring are when I become a villain. I often think if more people could get in a ring and be a villain for half an hour or so there’d be a lot less trouble in the world. It’s very nice to get in the ring and have the punters hating you… those same punters who are hating you and who five minutes earlier were buying you a drink.”

Tonight in Margate he is totally on the side of law and order; he’s the referee.

It was once Billy Stock’s dream to be Middleweight Champion. “It never happened. It’s very hard to get in the running. I dream of having a house in the middle of a field. I like the quiet life. Wrestling’s been good to me, though. When you phoned I thought it was one of the boys having a go. Well, you don’t think someone from the TVTimes would be interested. 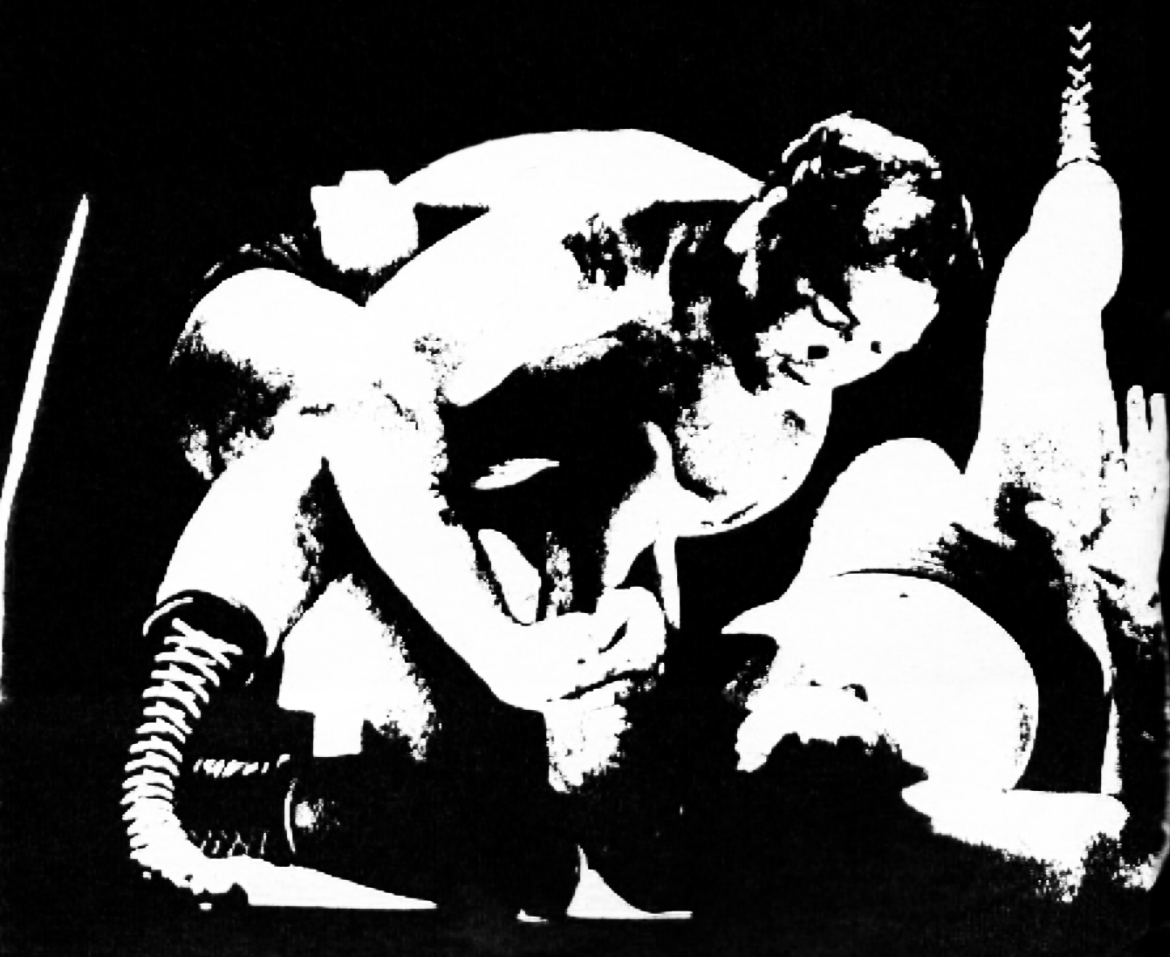 “I was an amateur wrestler for a long time, but my Mum got fed up with me bringing home knives and forks. They were always the prizes.

“Tomorrow in Ipswich I’ll really be a villain and I promise you’ll see some real action.”

Twenty-four hours later in the Ipswich Corn Exchange and Billy Stock/The Hulk has a new title. He is billed on the poster outside for a tag match with his partner Lee Sharon as one of The Aggrovators. “Half the time you don’t know what you’re called till you look at the billing,” he says.

We are in the bar and he is drinking halves of shandy. Mickie “Super Star” Sullivan joins the table. “I’m not supposed to talk to you,” says Billy. Sullivan is going to fight him in the tag match. They smile. “Super Star” Sullivan says he once wrestled a bear in Germany. Both of them agree that some of the hardest opposition is the audience. Sullivan says sometimes the women can be very amorous in a physical sort of way. Grunt and groan boys sometimes get attacked by grope and groan women.

“You get an audience shouting abuse,” says Stock, “and it can get very nasty. You get cigarettes stubbed on you. Annoys me. I wear tights and it can ruin the gear. I remember down in Brighton there was a gent we called The Colonel and he hit me across the back of the legs with his stick. And I grabbed it from him and went to break it. For some reason I couldn’t snap it. I looked pathetic.

“My wife Di is a great wrestling fan. She’s a good one to have in the audience. She shuts up the troublemakers. Met her when I was doing gas conversions. Her mother’s potty about wrestling, too.”

At 9.35 on goes Billy Stock/The Hulk/The Referee and now The Aggrovator. He comes out of the blue corner looking mean. “You silly old fool,” shouts a tremulous, but brave voice.

There’s a lot of rough stuff on both sides. The audience love it, but hate him. Lee Sharon tries to drill Sullivan’s back into the top of a corner post. And then Sullivan makes a comeback and gets the first fall. Everyone but The Aggrovators is delighted. “The ropes, ref,” says Billy Stock.

More rough stuff, only rougher. Billy would never win any knives and forks for some of the illegal moves he’s using now. Is this the man who wants a quiet life? He’s wild and so is the audience.

Suddenly, he gets a submission from Sullivan. The hall erupts. The audience are off their chairs in protest. The bell is ringing but no one’s heeding it. A private fight has broken out between the two teams.

The ref goes to break it up, gets in the way of a forearm smash and sinks to the canvas. A second topples over and joins him. “Ladies and gentlemen, Ladies and Gentlemen! The Aggrovators have been disqualified. Disqualified!”

Beer cans sail through the air; Billy Stock is out of the ring and walking villainously through the threatening audience. As he reaches me, a chair is hurled towards us. “You see that,” he says. “That’s really disgusting.”

Another day, another night. A bit of sport, a lot of entertainment. Jackie Pallo Jnr. says that so often there’s a knocking remark in an article like this. Usually at the end of the piece.

Cordell Marks wrote for the TVTimes, the NME and the Daily Telegraph

Cor luv a duck! It’s The Larkins
Sergeant Cork
You have to laff at Lenny's new faces
Christmas Box