The TVTimes celebrates 3,000 years of ‘Crossroads’ in 1978 in a – frankly bonkers and baffling – celebratory article written by Meg Mortimer

And Meg Mortimer looks back across the years 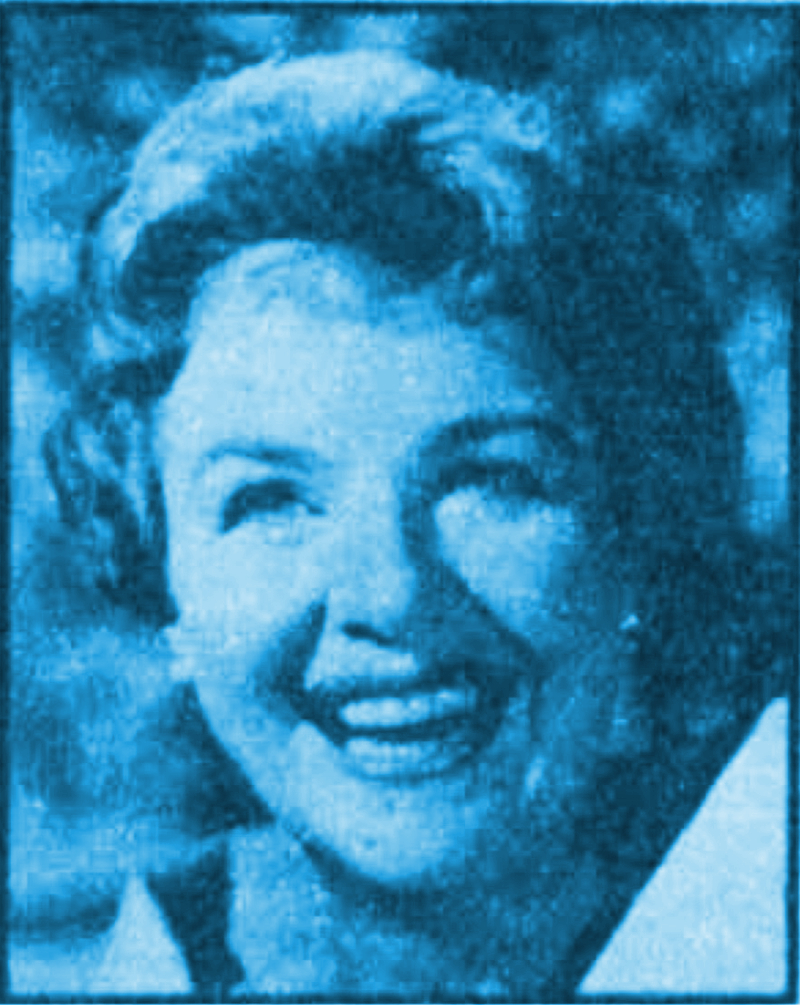 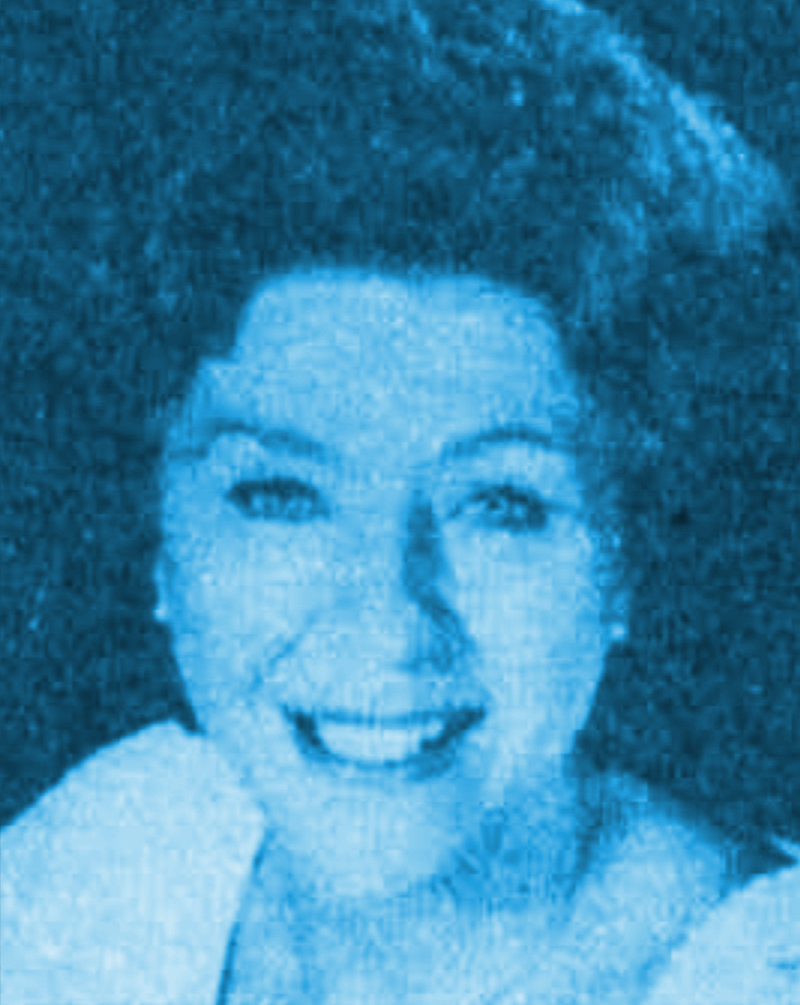 WHATEVER ELSE life at the Crossroads Motel might have been, it has never been dull. And looking back over the 14 years since we opened our doors, I am amazed at how much has happened.

We’ve had our bad times and we’ve had our good, and although this is an occasion for celebrating, it’s as well to remember both.

Will I ever forget, for example, that night in 1968 when my car collided with motor-cyclist Vince Parker? The worry about Vince was terrible, and then came the shock of being sentenced to three months’ imprisonment for dangerous driving. I only spent a week in prison because I was released pending an appeal. Thankfully, that went in my favour, and I can’t tell you my relief at getting back to the Motel.

There was more than a little relief the following year when my nephew Brian and his wife Janice found their baby, which had mysteriously vanished. You can imagine the thoughts that go through your head at a time like that. It seems that some children had been playing with the baby and had locked the poor little thing in a shed. I thought the joy at finding the child unharmed would help bring Brian and Janice closer together and avoid them splitting up, but it was not to be.

Do you remember that silly argument between the Motel and the Manor House? Looking back, I can smile now, but at the time it all seemed very important. Miss Penn, the woman from the Manor House, and Mr. Sinclair, the man I thought to be their gardener, objected to us putting a caravan at the bottom of our garden. So I conducted all my business from the caravan. But it all ended happily. Miss Penn married the gardener — who turned out to be the owner of the Manor… Then there was Jill’s wedding. I must admit that at first I wasn’t too keen on my daughter marrying Stan Harvey. They met, if you remember, when he did some electrical repairs at her boutique. But their marriage was happy enough, although I’m not too sure what’s happening at present.

RELATED  Let them answer back!

Sandy’s accident was one of those stupid things that never should have happened. He had insisted on driving some people home from a wedding reception because they were drunk. They stopped for petrol and a woman passenger demanded to take over the driver’s seat. Sandy tried in vain to stop her and the result was the inevitable crash. The woman was killed outright and Sandy was badly injured and paralysed. Condemned to a wheelchair, he went through terrible depression. Then he began to realise how many people had helped him through that awful period and he became a Samaritan. I think he feels he’s repaid some of his obligations by being able, in turn, to help others.

Hugh Mortimer and I were reunited in 1974. I hadn’t known beforehand that Hugh had married his partner’s daughter out of compassion. He knew — although I didn’t — that she was dying.

Hugh and I finally married in 1975, but I wasn’t to know how short our life together would be. He was kidnapped in Australia and they asked a fortune in ransom. I thought I’d never be able to raise the money. But I did. The tragedy, of course, was that he died of a heart attack while the money was on its way to the kidnappers.

Memories, memories, how many there have been over the years. We’ve had our share of heartache but, on the other hand, there’s been a lot of fun in running the Motel and I’ve met some marvellous people and made many good friends.

Now there’s just time for a little celebration, then it’s back to the Motel — and the next instalment of our story. 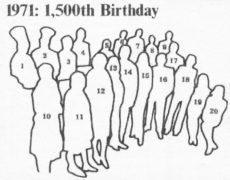 RELATED  Noele Gordon gets around

“It’s all a diabolical plot by the producer to replace the entire cast!” That’s how Roger Tonge reacted when he saw double — the winning Lookalike in our competition that most resembles him as Sandy Richardson, the Crossroads character he plays. His “double”, and the other winning Lookalikes have already come face to face with their other selves and, with their guests, will be V.I.P.s at the special Crossroads 3,000th. Birthday Party on September 19 at the same hotel where Meg’s wedding reception was held — the Chateau Impney, Droitwich, Hereford and Worcester. Now meet the stars — and their other selves 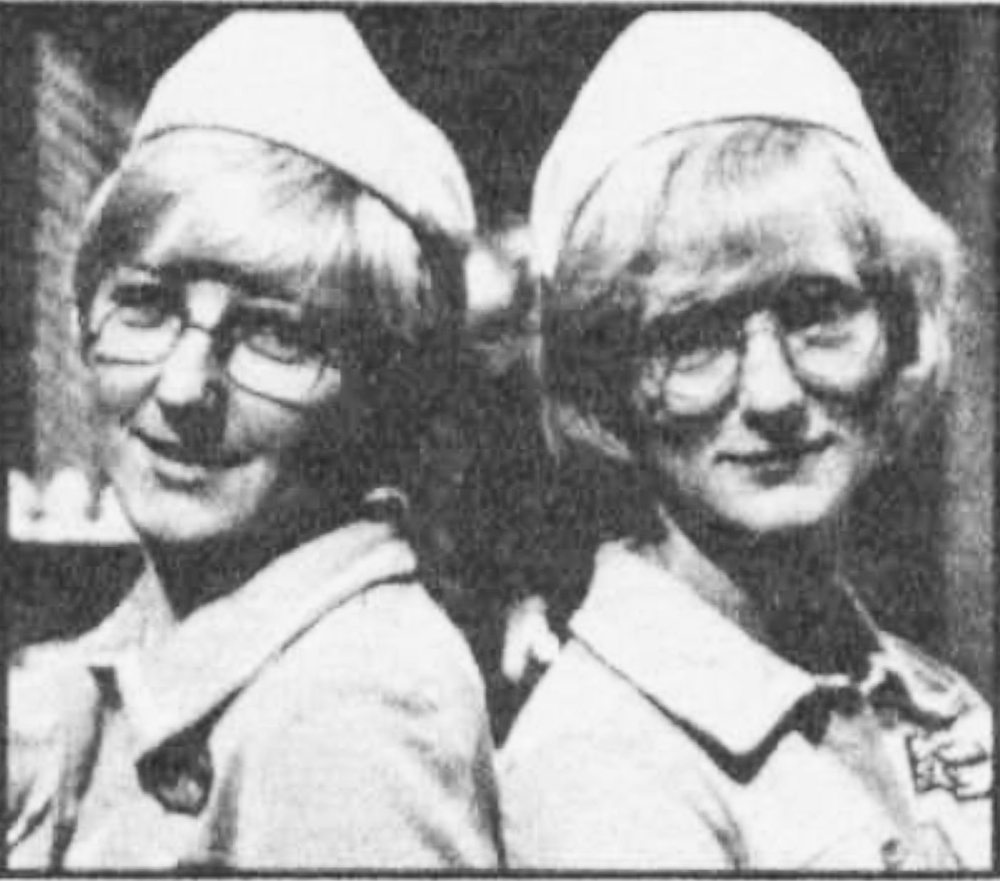 Mrs. Sylvia Gough, of Walsall, Staffs., is the double of Sally Adcock (who plays Jane Smith). “I’m always being mistaken for Sally,” she said. “And I was thrilled to be on the Crossroads set.” Sylvia looks so like her double, that while she was being made-up ready for our picture, one of the Crossroads team told her to report for a script briefing… “I’m amazed at the likeness. It’s quite unnerving,” said Sally Adcock. 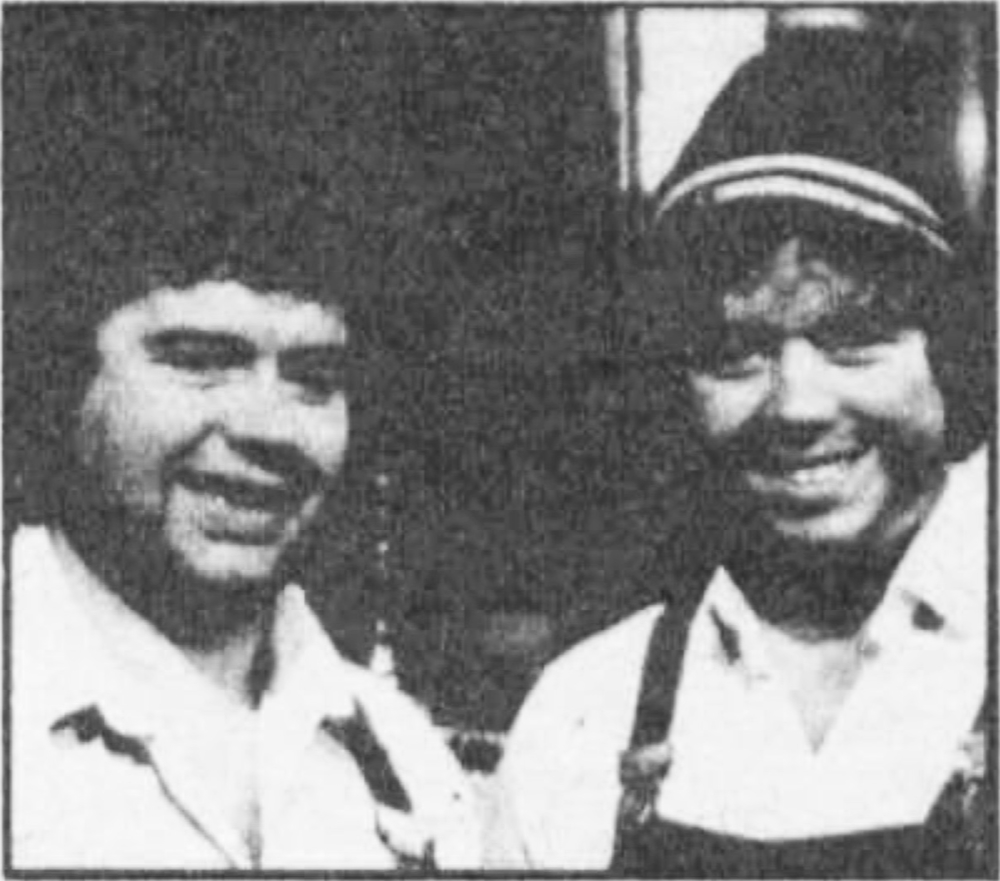 The Lookalike Paul Henry, who plays Benny, turned out to be 25-year-old bricklayer Terry Hammond, of Southend, Essex. “By a fantastic coincidence, I found myself in the position of being mistaken for Terry,” said Paul. “Last summer, before this competition was thought of, I was working in Terry’s home town and some of his friends came over and greeted me as though I were him.” 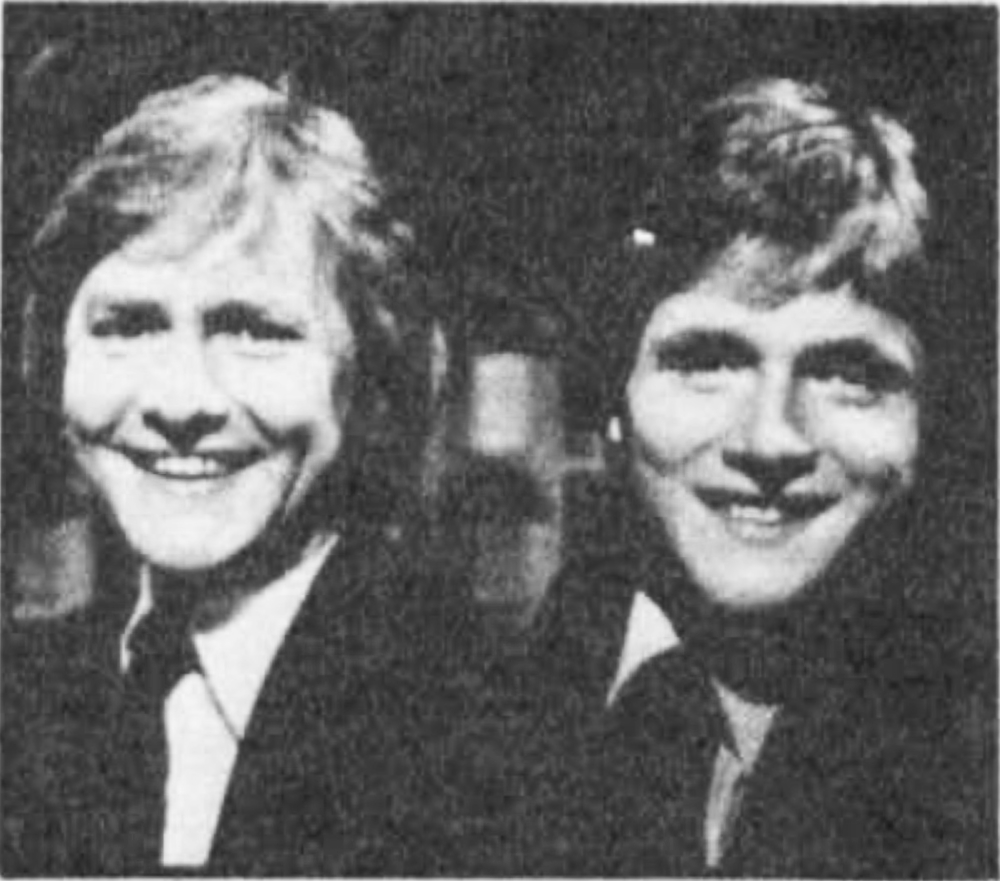 Roger Tonge’s double is 17-year-old Peter Ralph, of Kearsley, near Bolton, Greater Manchester. Peter works in television himself — he assembles TV sets. He’s often mistaken for Roger, who plays Sandy Richardson. “Some people have even threatened to put me in a wheelchair,” he said. 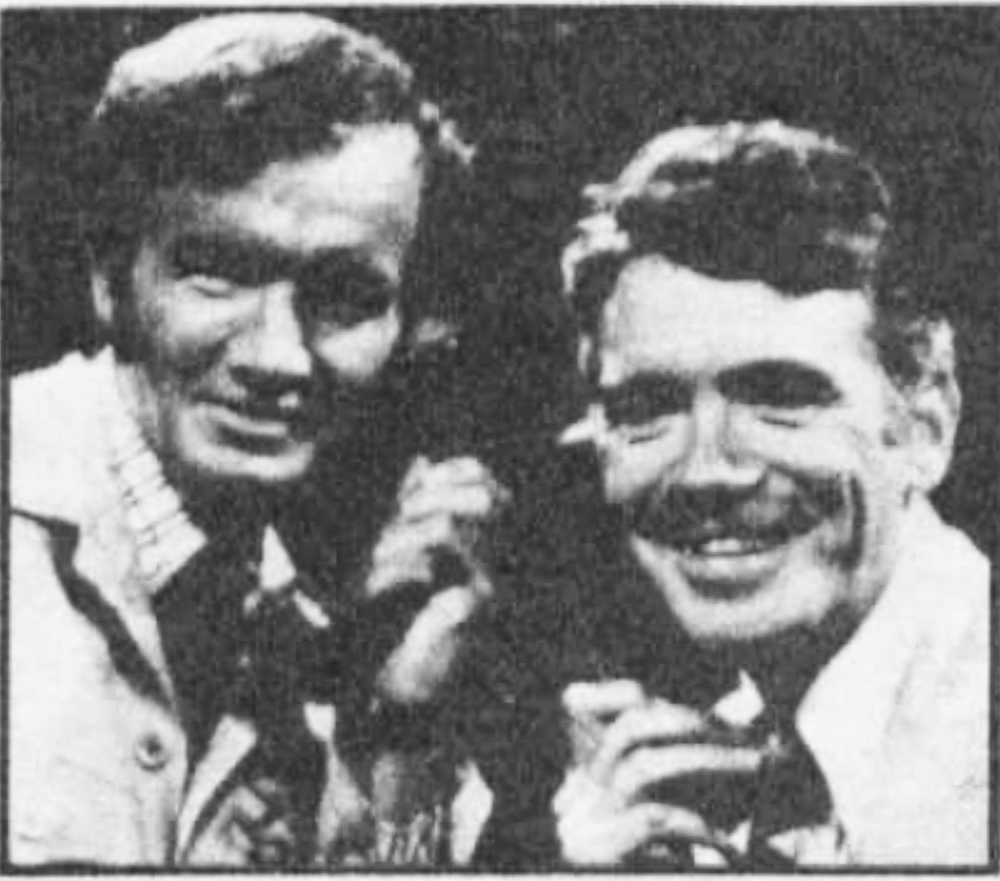 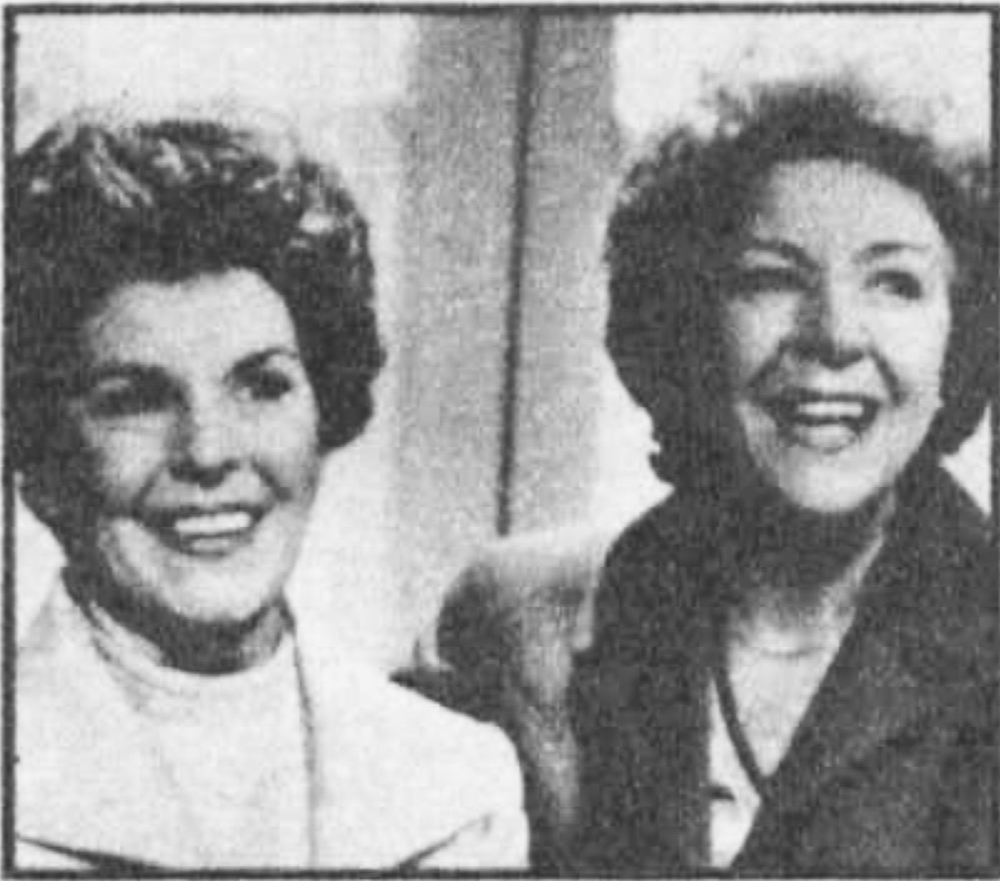 Meg Mortimer’s Lookalike turned out to be Mrs. Elizabeth Jude of South Humberside and like all the winning doubles in the competition she was delighted to meet her match. “I was speechless when I met Noele Gordon,” she said. “But she was so sweet. I remember once that a woman wanted my autograph and absolutely insisted I was Noele until I identified myself with my driving licence.” 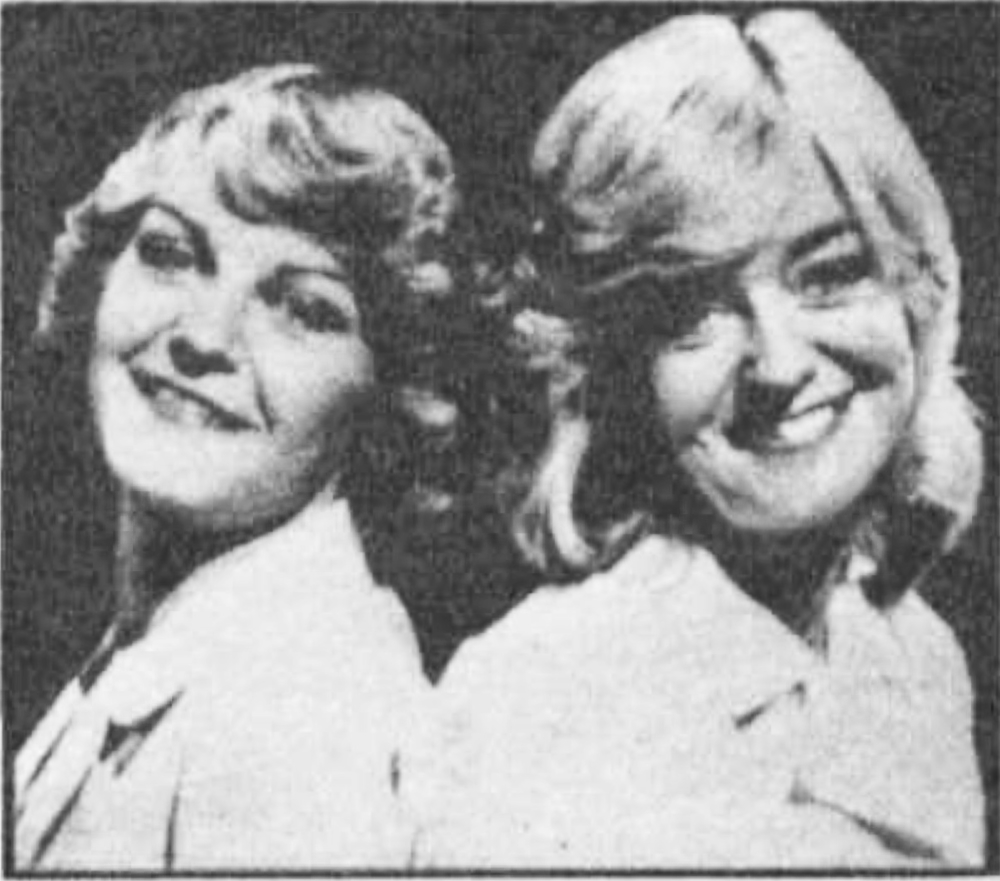 Crossroads’ Susan Hanson (who plays Diane Parker) giggled with amazement when she met her double, Lillian Rosamond, 25, of South Shields. “People are always nudging each other and staring at me when I’m on trains,” said Lillian. “I’ve heard them say I must be Sue Hanson.” Said Susan: “Side-face and across the eyes, the likeness Is incredible.”

Meg Mortimer (née Richardson) inherited the Crossroads Motel in 1964 from her late husband and ran it with her daughter and son until 1981. New management took over in 1982, and they closed the motel in 1988. It briefly reopened under a very incompetent new management in 2001, before closing again in 2003.